This year we have three new Directors, individuals who support the team by donating their time to manage the legal and financial responsibilities of a non-profit organization. Welcome our new Directors: Doug Nyland, Manny Favela, and taking on dual duties, Tabitha Huang. Current directors: Butch Lucero and Kenny Kim keep on keeping on.

Also joining us this year is Taylor Mar as Captain, Dan Gee stays on as Race Equipment Manager and Tabitha H. stays on for a 3rd year as head Captain.

Since 2004, the Arizona Dragon Boat Assocation has been hosting this festival at Tempe Town Lake in Tempe, Arizona.

Even though this is one of the smaller festivals that we attend, it is a very fun race venue that has grown significantly each year since LARD started participating in 2005. The warmer weather in Arizona allows for an early start to the racing season and is used as an opportunity for newer paddlers to the team to race with veterans as a warm welcome to the team.

Affectionately nicknamed "Baby Long Beach", this is a one day event for local ICEA/SCDBC teams. It is a fantastic means of providing the new recruits with valuable race experience in a relaxed atmosphere and this race has been on the LARD race schedule since the early 2000s. 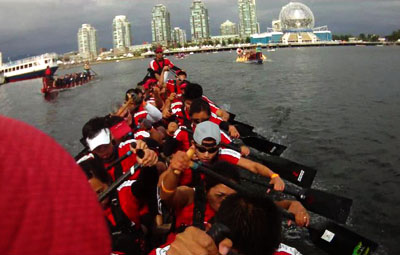 A favored festival for LARD since we first attended in 2000. This is the race that saw the solidification of the LARD core from its ambitious PVCA beginnings in 1998. 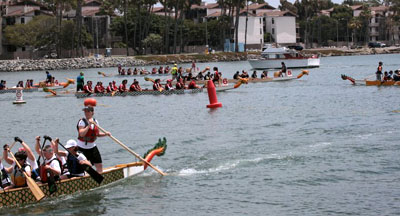 Held at the Long Beach Marine Stadium since its inception in 1997, the Long Beach Dragon Boat Festival has steadily increased in popularity and competitiveness over the years. 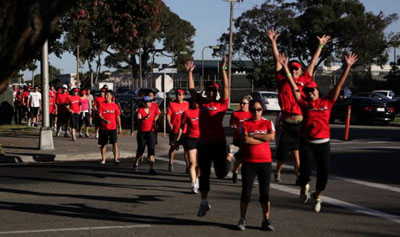 While it might have been a small festival in 1995 when it first started, the San Francisco Dragonboat Festival has grown to be one of the largest on the West Coast drawing over 100 teams to paddle 500 and 300 meter races.

LARD has participated in this festival since 1998 when LARD was a small team and the races were held in Foster City. 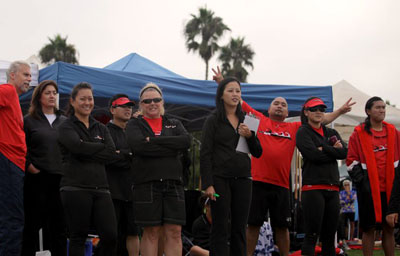 LARD has participated since the first annual race in 2010. As the venue for 2011's PDBA Championships where LARD earned the privilege to represent as the PDBA US Nationals team for the 2012 Club Crew World Championship in Hong Kong, the festival has grown to become another favorite "local" race.

Founded in 2012, the Los Angeles Dragon Boat Festival hosted at Lake Legg is a one day festival of 10-man boats.

LARD's first year of participation was in 2012.